How often do you get to see you favorite movies come to life?  In what way will you be able to see, touch, and hug some of the most famous characters in the world?  In Universal Studios, this is a definitely possibility.  The park boasts that everyone will be able to "Ride the Movies" and I can't wait to do so.

We rode the MRT Purple Line to Harbourfront station (you can also ride the Yellow Line).  From there, we went to the third level of Vivo City where the Sentosa Express can be found.  If I remember correctly, fare is about USD 3.50.  Go down Waterfront Station and walk your way to USS. 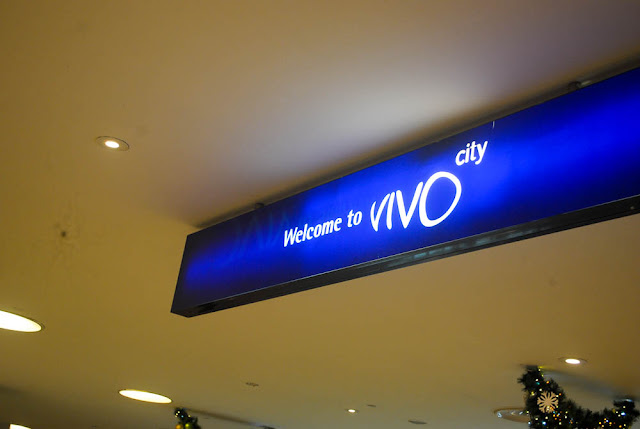 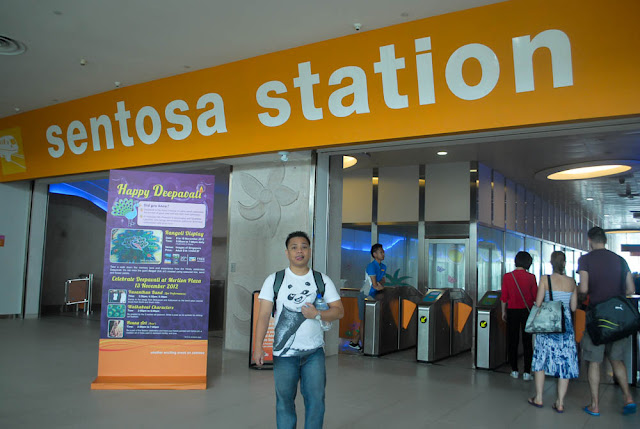 At the entrance, a big giant rotating globe greeted us.  Of course, we have to take our obligatory pictures :) 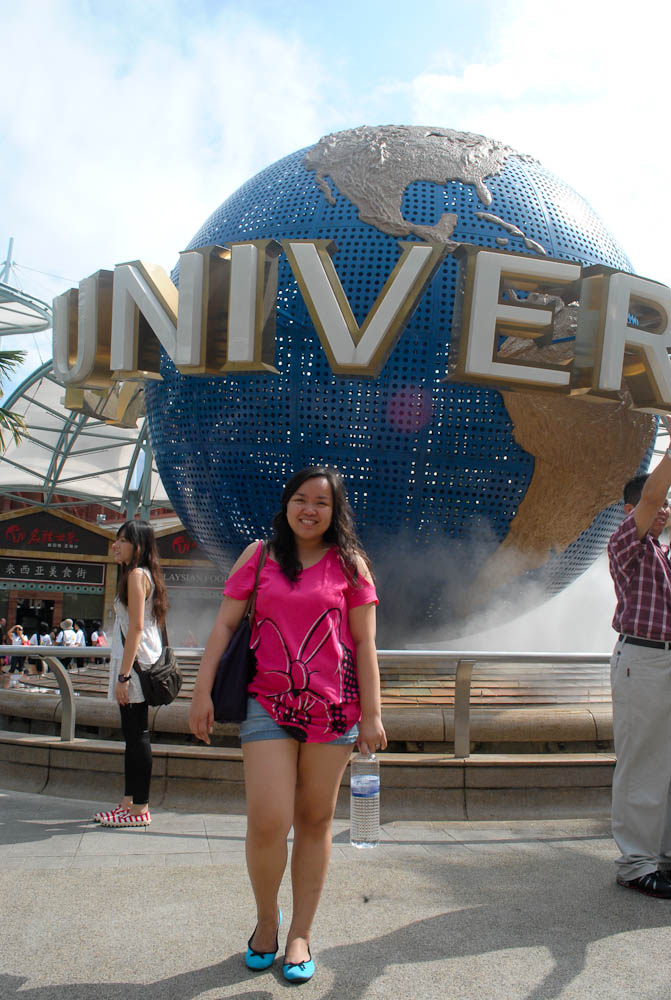 Hollywood Boulevard will immediately transport you to another world.  With this long strip, you will see different types of buildings which houses the souvenir shops.  The street is lined up with palm trees and the Walk of Fame. This is also where most of the character meet ups happen.  But more on that later.  BF and I were on a mission.  To get to the Transformers Ride as early as possible. 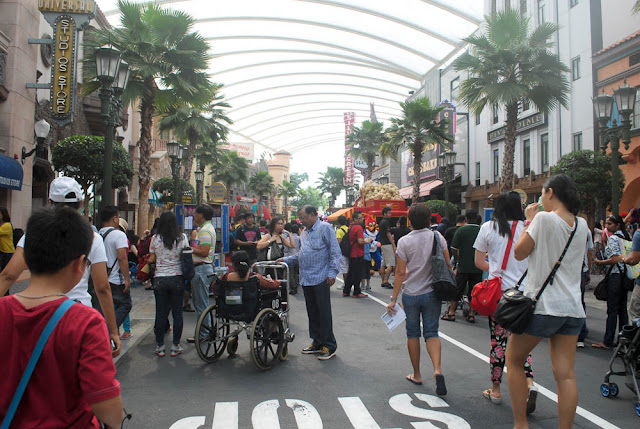 I've heard so much rave about this ride.  All of my friends who have been there told me never, ever miss out this one.  And this was the reason why we went to the park early as the waiting time can take up to an hour or so.  The way to ride was very long, but along the way, you will be entertained with different videos explaining the background of the ride.  This made us even more excited.  Finally, after just about 15 minutes of waiting, it was our time to ride.  And really, it was the best ride ever!  The combination of the 3D screens with the actual ride movement was just beyond amazing!  My words are not enough to describe how awesome it was!  Mission 1 accomplished! 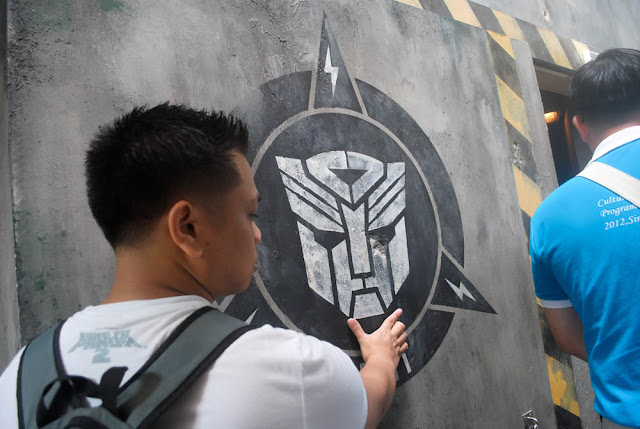 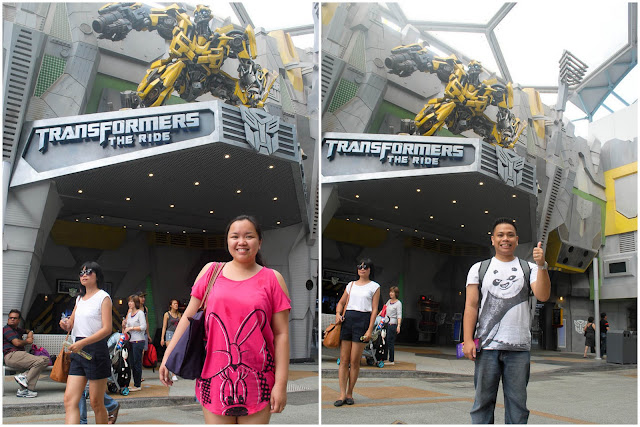 After the ride, we went back to New York (we passed by this going to Sci-Fi City).  We went to Lights, Camera, Action!, a show hosted by Steven Spielberg.  Here you will be able to experience how different lights and sound effects were being created.  Movie magic at its best. 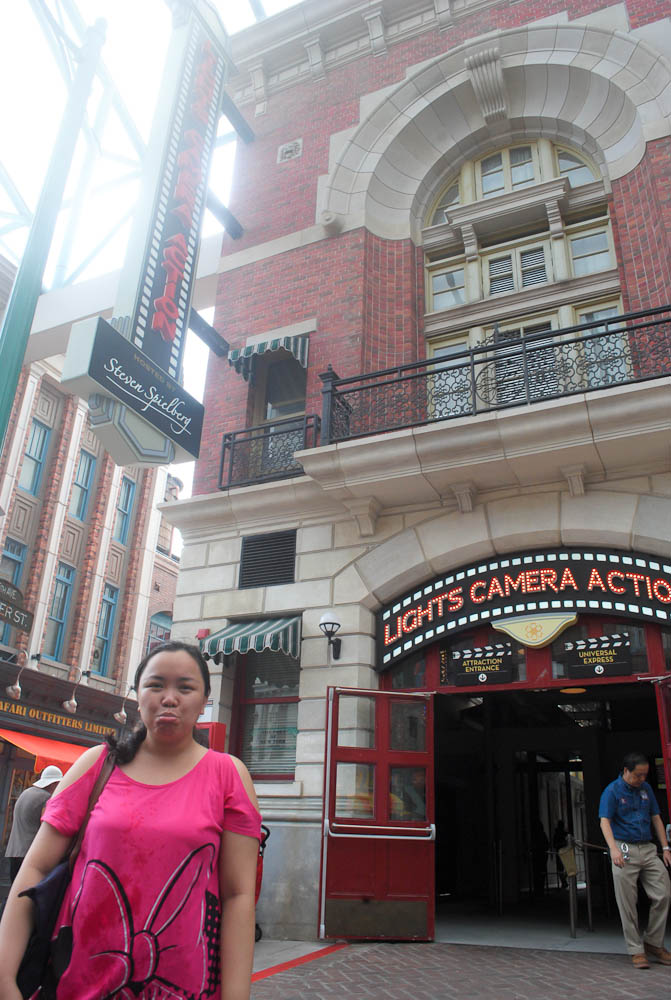 All around the park, there are lots of street shows.  We stumbled upon The Rockafellas, a group of B-boy dancers.  They were really good, showing off different.  They also interacted with audience.  One of the members was Pinoy and looked like a member of the Streetboys (not sure :P). 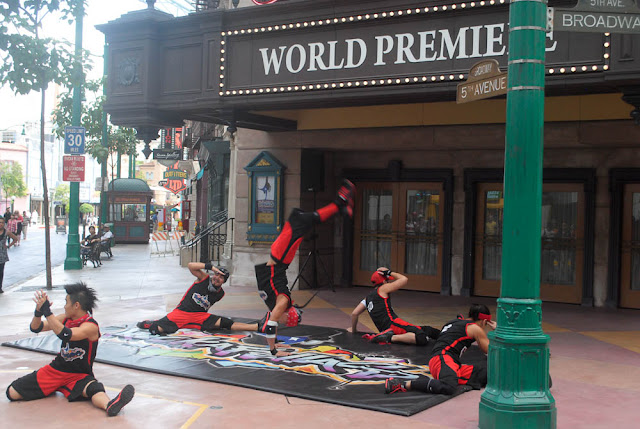 It was already around noon and we passed by Sci-Fi City again.  According to the schedule, there will be some meet and greet there.  And lo and behold, Optimus Prime! 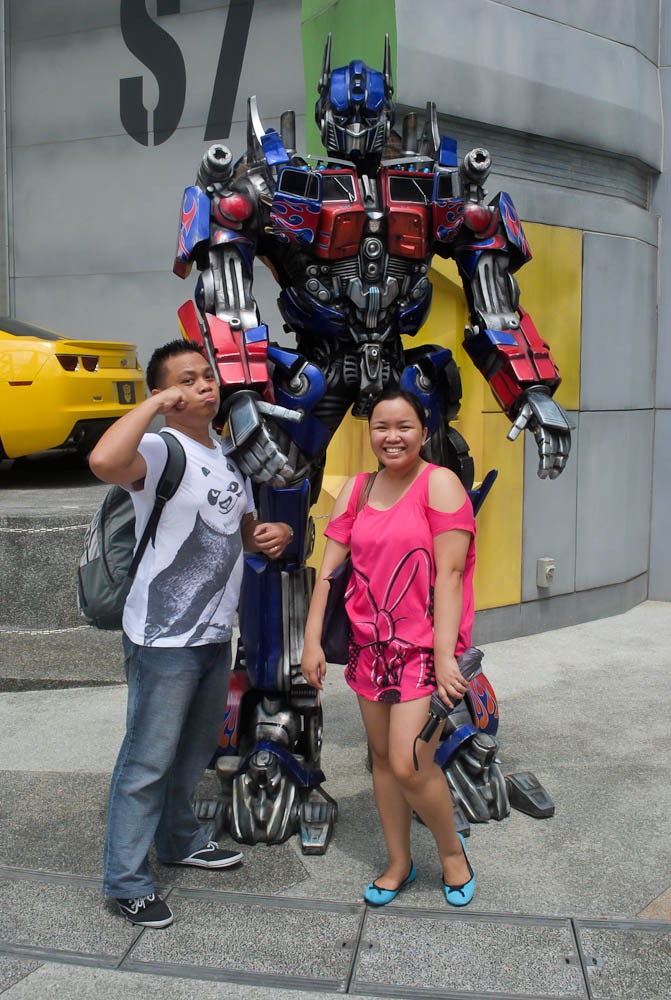 One of the main attractions in Sci-Fi City was Battlestar Galactica.  I'm not a big fan of roller coasters, and never in my life will I ever try this ride, so I just settled for a picture.  Yeah, I'm a big sissy.  Hahaha! 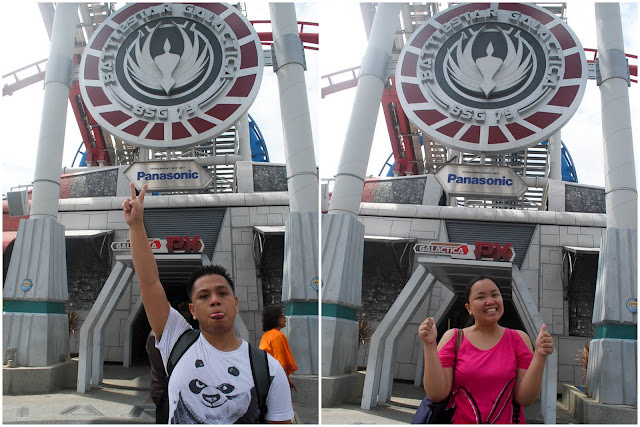 Ancient Egypt comes next.  One of the attractions here is Revenge of the Mummy, an indoor roller coaster.  I think I can ride this however the waiting time was too long. 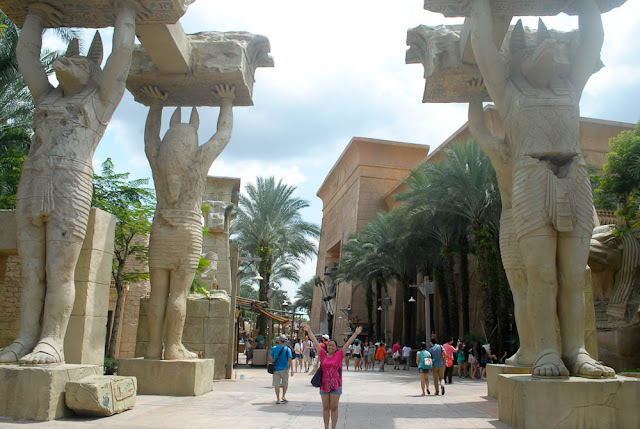 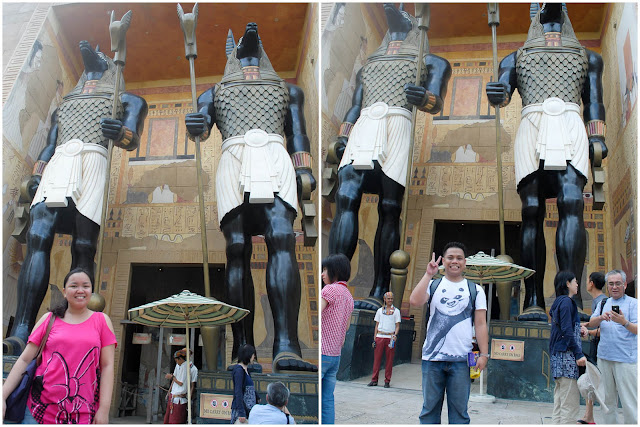 Next comes The Lost World.  There are a lot of rides here that the kids will definitely enjoy.  We just opted to roam around.  But the highlight for me here is the Waterworld show.  I haven't watched the actual movie yet but I was given a quick intro by my bf.  It is a futuristic movie, where the ice caps melted and most of the Earth is already underwater.  A mariner then helps a woman to find dry land.  Well, you get the idea.  For this show, there are three "soak zones" where you can sit.  For the one nearest the stage, you will definitely get soaked, the middle one, possible splashes.  Before the actual show started, some of the cast members interacted with the audience, depending on what zone they were sitting on.  Lots of kids and adults enjoyed  getting dumped on with buckets of water.  Some tried to hide under umbrellas, but they too got wet.  Fun!  The actual show was amazing as well. I felt like I was watching a big play from Broadway.  There were lots of visual and sound effects.  This is one show you shouldn't miss. 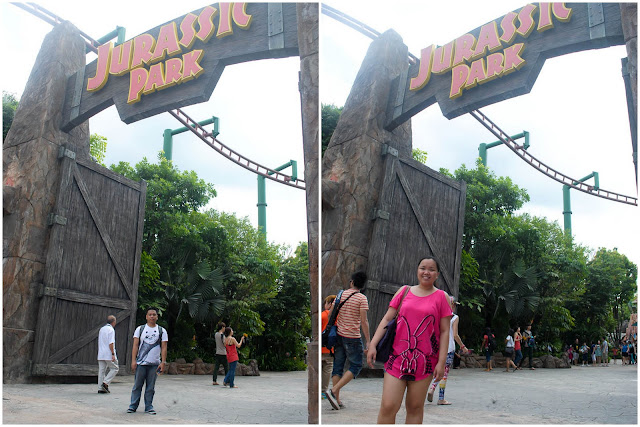 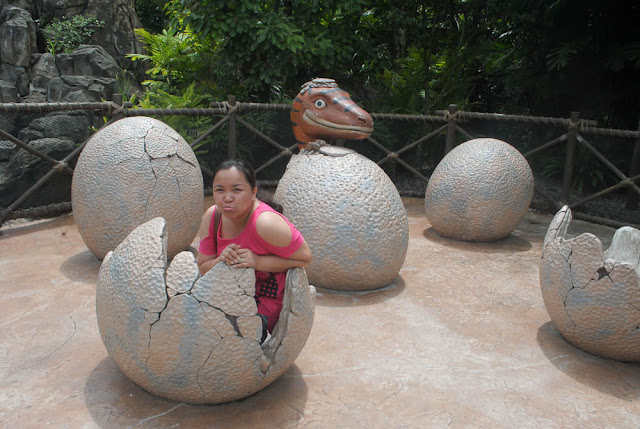 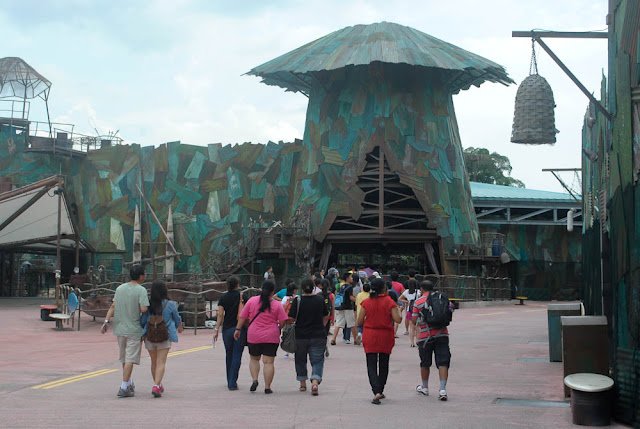 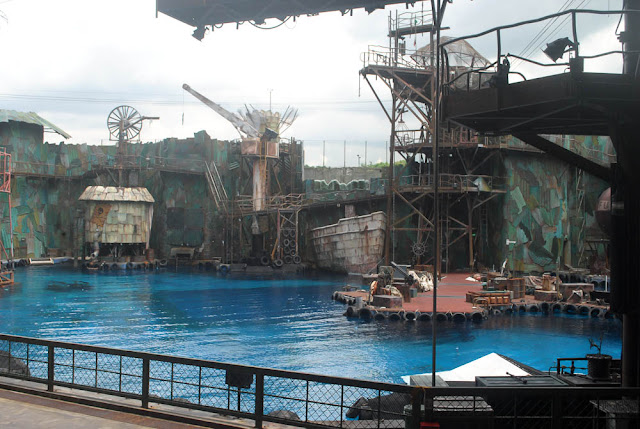 Our big breakfast was already wearing off.  We opted to eat at Friars, located in Far Far Away.  We got chicken and chips, and fish and chips.  We also got some mashed potatoes and corn dog from the stall outside.  One of the more interesting food that we got was this noodle dog.  The hotdog was good, but I don't get the noodles.  Not sure why it was combined. 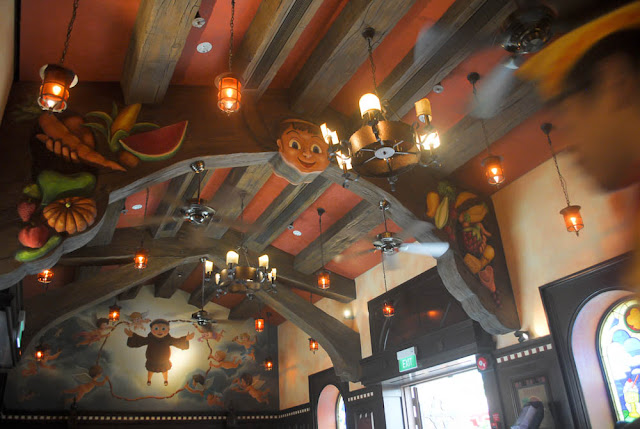 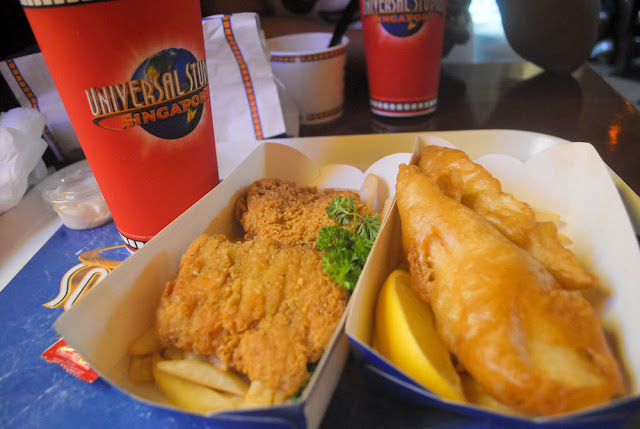 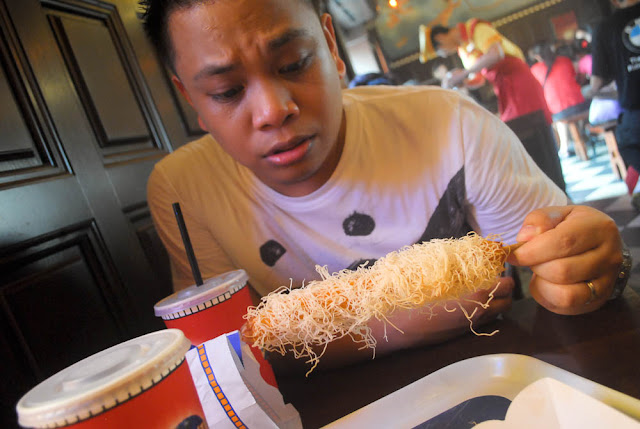 It was drizzling already after our lunch.  Good thing that Shrek's castle was just across Friars, so we opted to see Shrek's 4D Adventure.  The show was ok, more for kids though. 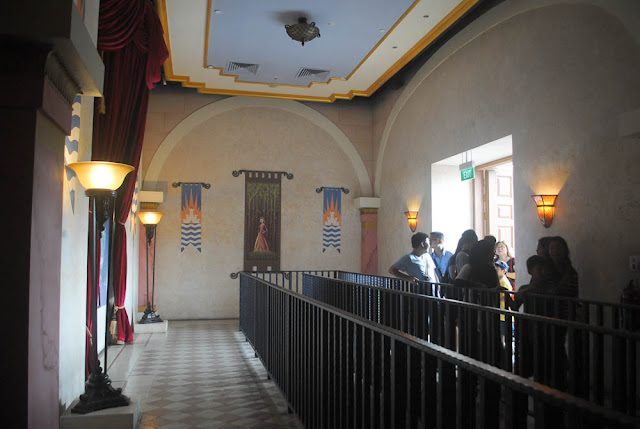 The last part of the part that we went to was Madagascar.  We rode Madagascar: A Crate Adventure, a river ride showing the adventures of the four main characters.  This ride can be compared to It's a Small World in Disneyland.  It was a cute and chill ride.

We went full circle already and was back at Hollywood again.  As we were tired already, we just did some souvenir shopping. 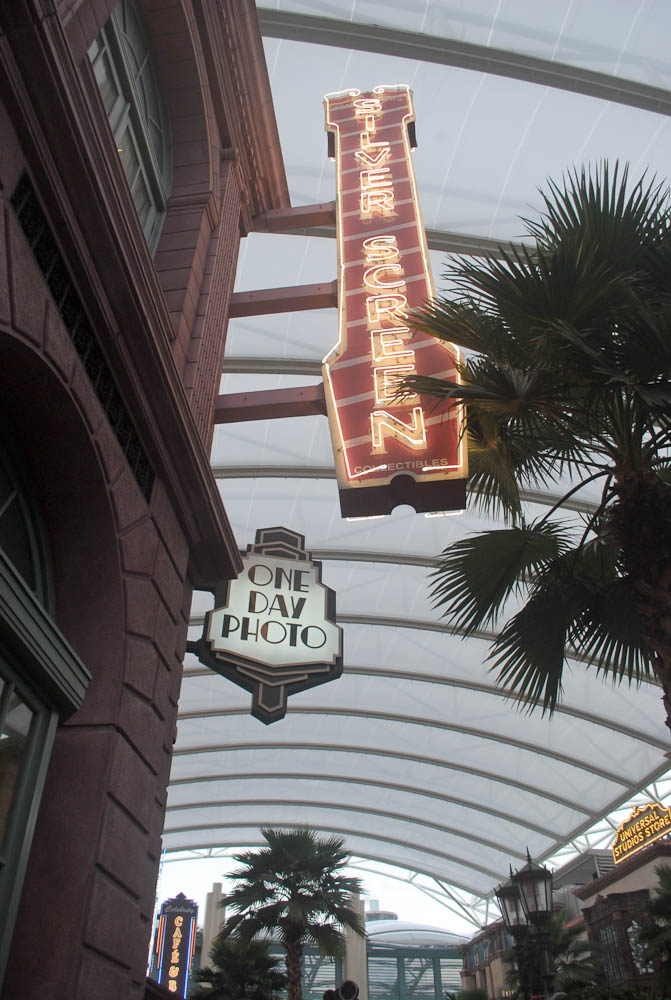 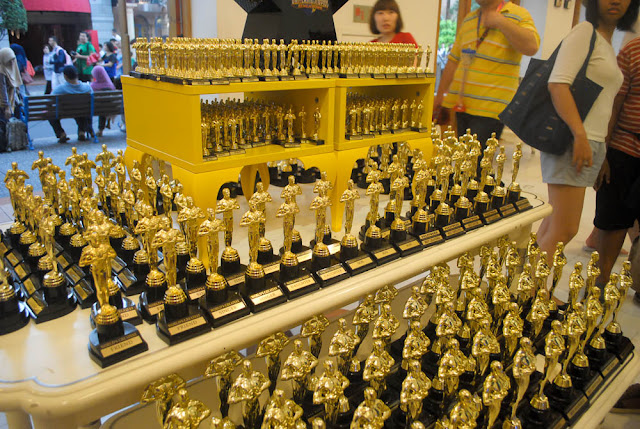 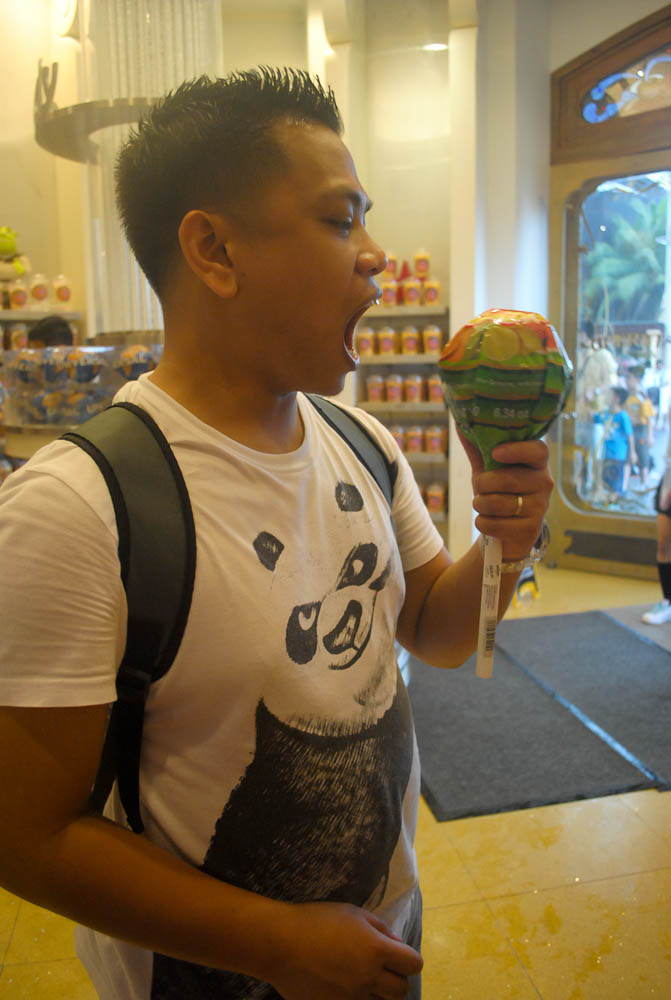 But actually, we had an agenda in mind.  We have to have more pictures with the characters.  After just a few minutes, Po arrived!  We were up immediately on our feet.  We need to have that picture.  Mission number 2 accomplished!  Look how happy Po was seeing himself on my bf's tshirt. 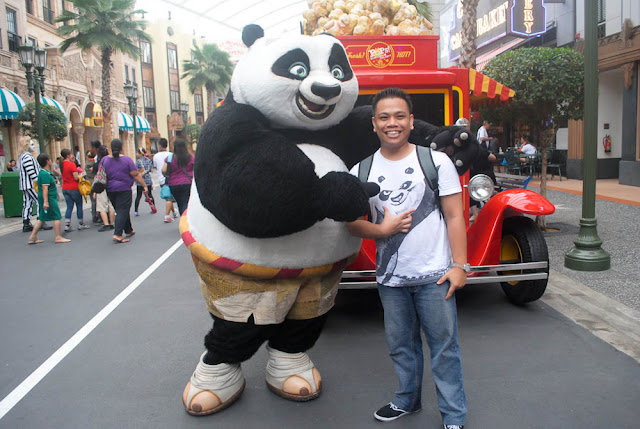 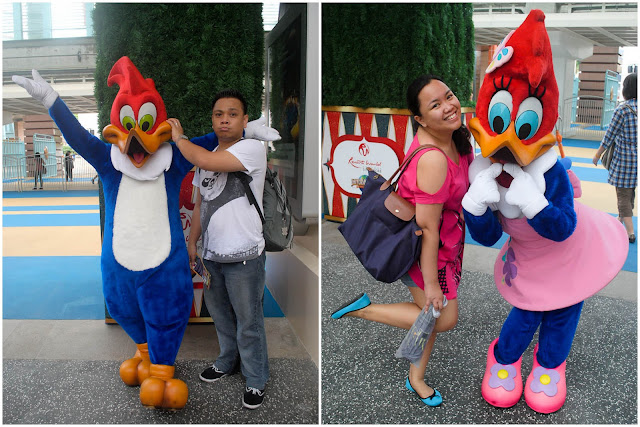 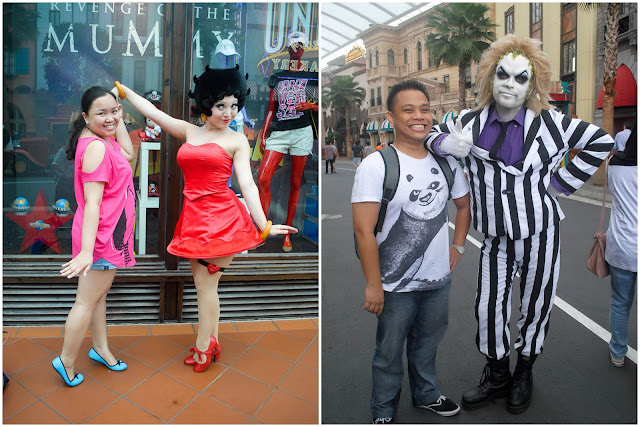 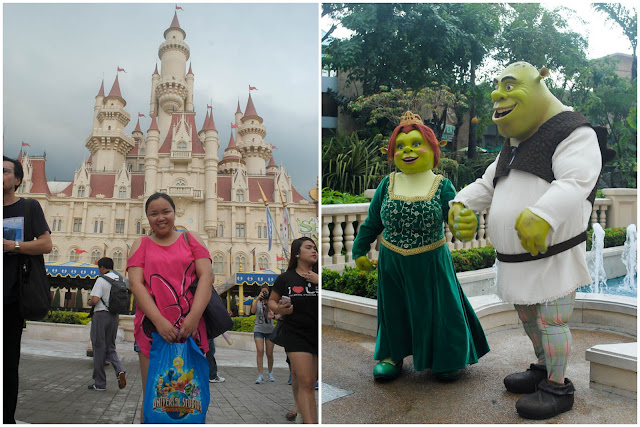 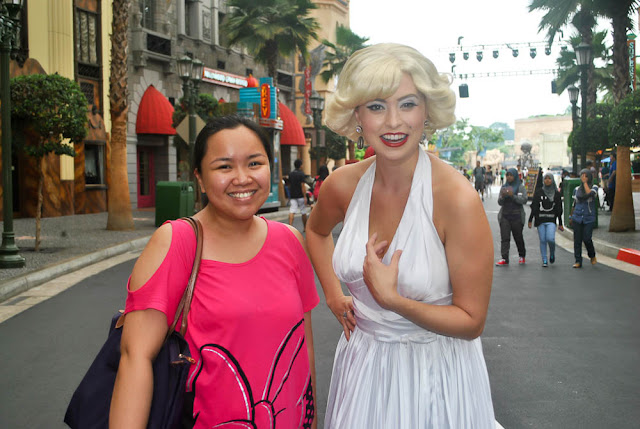 The last show that we went to was the Monster Rock concert.  Here we saw popular villains like Dracula, Mummy, Banshee, Frankenstein, and The Phantom perform to legendary rock songs.  The Phantom made the most appeal to me.  Why, oh why, Phantom?  I won't tell you why so I won't spoil you.  Make sure to watch the show to find out.  There are several show schedules within the day. 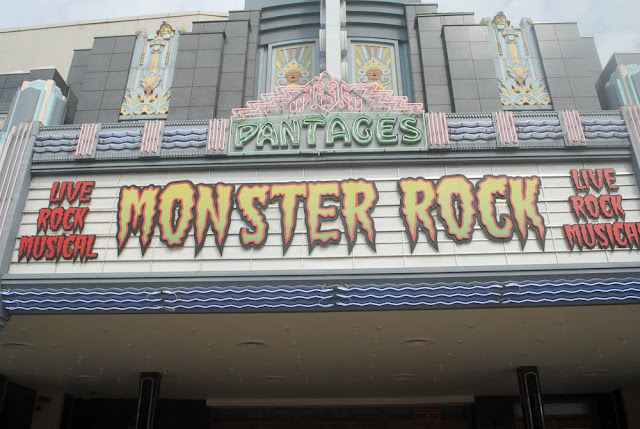 I really don't know how to end this post but I just would like to stress out how much fun I had in this place.  You will truly feel the movies coming to life right in front of your eyes.  This will be something that you will carry with you as you go home, with happiness in your heart and big smiles on your faces.

Posted by katmarcu at 5:40 PM No comments:

katmarcu
I'm fondly called as KM/KMC/Trina by my friends and family. I am currently working for an IT company. This blog is my creative outlet to get out of the crazy work life. Enjoy! :) For comments and suggestions, email me at katmarcu@yahoo.com